The Garden – in flower bulb scenery

The Gardenis is a cyclical tale about a man who, dissatisfied with his life, starts digging from his garden down to the centre of the earth. He then climbs a tree and is transported through clouds and flocks of birds, ever higher up into the heavens, only to land up in the very same tree in his garden.

Ayres uses texts by Shakespeare and Dante, from films and from the pub. Video artist Martha Colburn, known for her hallucinatory and kaleidoscopic work, is creating animations for The Garden . Englishman Richard Ayres studied composition with Morton Feldman and Louis Andriessen. In 1994 he won the Gaudeamus Award. Ayres was commissioned by Asko|Schönberg and London Sinfonietta.

For the Acht Brücken Festival (Cologne) a special video of the performance is made at the company and in the fields of the Dutch flower bulb grower Moolenaar BV.

The Garden - commissioned by Asko|Schönberg and London Sinfonietta 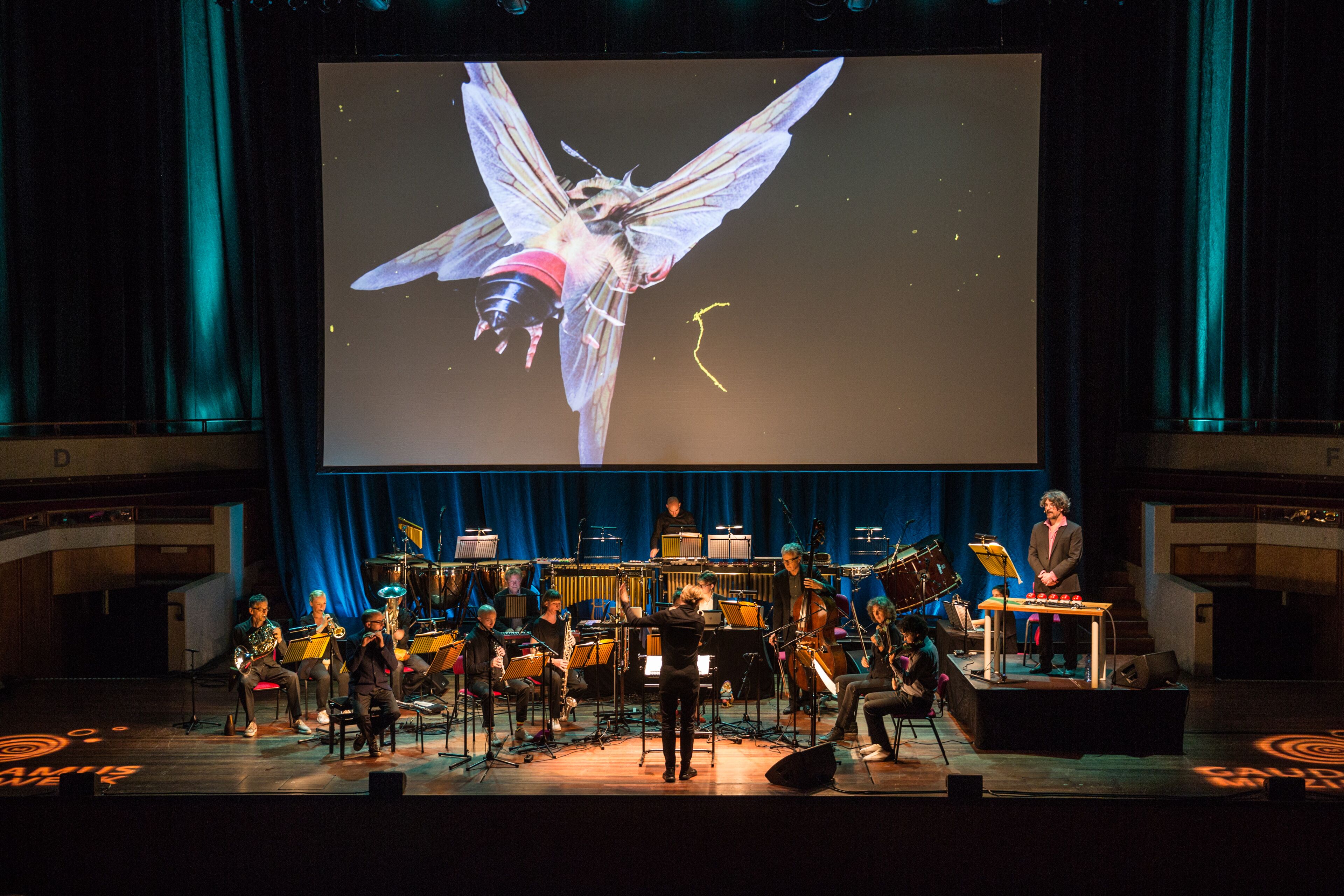 19:00
Online
Free to attend
Get tickets